Friday 2136 hours the first attack struck without warning. Another quickly followed. Then another. And another. With all the clinical efficiency of a well-oiled military campaign, the attacks continued throughout the night without pause for respite or mercy until the devastation could be assessed in the morning.
It wasn't a pretty sight. Red puffy glassy eyes. Snuffly red nose. A mountain of tissues left where rescue teams had been attempting to tend to the injured. Once again blitzkrieg had taken its toll. One relentless attack after another leaving behind a trail of devastation. As in Poland 70 years ago, the menace again came from the air, pollen cells replacing the bombs to leave a world of suffering and misery in their wake. 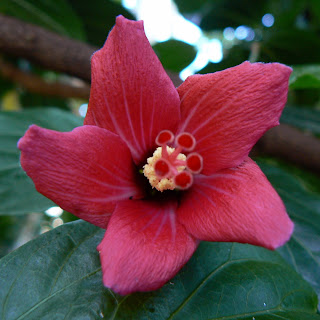 With hindsight it's now clear there had been warnings. Sneezes and watery eyes the previous weekend should have been heeded. There were fears the dreaded hay-fever would strike sooner or later but nothing had been done. No precautions taken. As if the problem would go away if ignored. Like the French and British appeasement of another H however, ignoring it just made it worse.

The attacks continued on Saturday. Defenses were hastily gathered and put into effect but it seemed to little avail. Antiallergikum and Nasenspray came up against a foe with all the tactical prowess of Erwin Rommel in North Africa. Luckily for the myth of the Desert Fox he didn't have to deal with much pollen in the Sahara.

Seeing the pollen's remarkable success, and buoyed by favourable weather conditions (rain and dropping temperatures in Berlin playing their part), other parties with their own agendas joined in, much like Italy, Japan and Hungary did all those years ago. A cold struck on Saturday night, displaying the same military techniques as its close ally hay-fever. A cough then saw its opportunity and struck. High temperatures took hold later still, followed by shivering, sweating, general nausea and an inability to think properly or concentrate, as the invaders did all they could to further their advancements. 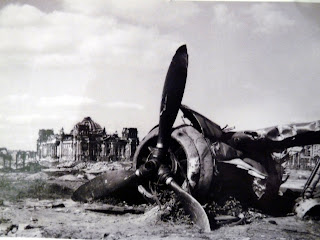 Just when it seemed all hope was lost however, prospects at their bleakest, the defences recorded their first success. Sleep played a huge role, although the Antiallergikum, Nasenspray and Meditonsin are all claiming credit. Sometime in the last 24 hours it seems the tide was turned. I'm happy now to say the battle is being won.

The German for pollen (der Pollen) is practically the same as the German for Poland (Polen). I think it's also fair to say some Poles still harbour grudges against Germany after all that nasty business some 70 years ago. Is the striking similarity between the two words a coincidence? Is hay-fever perhaps a dastardly attempt at revenge?
A Polish pollen punishment plot perhaps? This demands further investigation!
Labels: pollen war