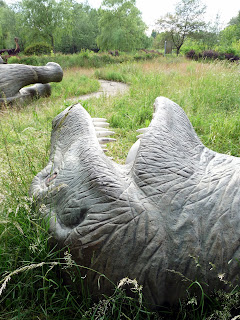 He's back! The chancer who abandoned Spreepark €15 million in debt, made off with six of the fairground attractions, and then attempted to smuggle €21 million worth of cocaine back to Germany, Norbert Witte is back!
He's now actually living in a couple of caravans on the site of the abandoned fairground. (Mystery of the security guard I believed to be on the site is solved.)
Divorced, broke and somewhat repentant for leaving his son rot in a Peruvian prison, Witte still harbours ambitions to make it once again. "Once a showman, always a showman," he told Der Spiegel. "I'm curious to see if I can make it to the top once again."
Maybe he should consider a life in politics. I'm sure Fianna Fáil, for one, would welcome him with open arms. 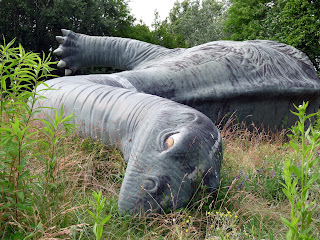 Witte was responsible for the deaths of seven people in Hamburg in 1981, when he crashed a crane into a carousel while attempting to repair the "Catapult" rollercoaster. Fifteen people were also injured, some seriously, in what is to date Germany's worst carnival disaster.
Apparently he has no problems sleeping or going out though, even as Marcel, his son, faces another 17 years of hell in a Peruvian jail. "To endure the pain, you have to try not to think about it," he said.
Achterbahn, a documentary by Peter Dörfler, opens in Berlin on Thursday, when cinemagoers can hear the scarcely-believable story of a chancer whose mistakes have always been paid for by others.