Fighting on all fronts 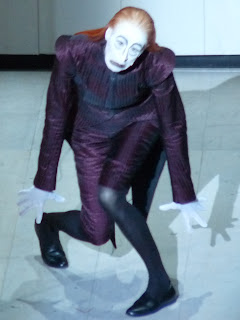 I'd forgotten about the Polizei's mysterious €35 fine. I was supposed to have paid it within a week but it completely slipped my mind. Yesterday I called in to see them to demand why the Polizeipräsident wanted my money. "Ich verstehe das nicht," I protested, pointing to the numbers, codes and gibberish they had sent me.
Coincidentally, the grumpy sow who was called to the accident at the time was at the front desk. "I know you," she said, as she narrowed her eyes in true Community Garda fashion. Yeah, probably from the manslaughter trial when I was accused of killing all those nuns with a flame-thrower. Jesus, talk of making a bid deal out of nothing. I came off my bicycle for Christ's sake! She remembered the accident then, and put her gun away.
Thankfully her colleague was a bit more helpful. "Ja," he boomed. "It's a little 'warning fine' we give you so that you'll be more careful in future."
Ah Jesus, thanks lads. I didn't think the €375 I forked over to the Audi driver was enough. It's very nice of you to fine me another €35 to teach me to me more careful.
The policeman actually said it as if he was doing me a favour, smiling and nodding as if proud of his work. 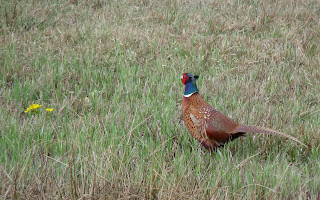 "And can I fight against it?" I asked. "Yes of course," he replied, but he didn't see the point.
"In our experience very few challenges are successful, and it will almost certainly cost you a lot more money," he said jovially. "If I were you I'd just pay the fine."
Fuck it. I'd say he's right. So off I go later to the post office to pay the €35 which will teach me to "aufpassen" in future.
The whole sorry thing has definitely taught me one thing - the next time I'm cycling along not looking where I'm going and I crash into the back of an expensive car, I'll be keeping the words from a certain film very much in mind: "Run Forrest, Run!"

Meanwhile, another legal matter is receiving my attention. Yesterday I also went to see Stefan the solicitor. (Björn's no longer in the trade unfortunately). I told him of my would-be-employers who agreed to give me a job last October, but who changed their minds before I was due to start on February 2nd last. That wasn't the problem as such, rather that they only informed me of their about-turn on January 26th despite my repeated attempts to get in touch with them in the meantime. Everything had been agreed: wages, commission etc. Three emails and numerous phone calls failed to elicit a response up to a week before the arranged start date. I had also turned down other invitations for interview, including one for Lufthansa for whom I would undoubtedly eventually become a pilot. 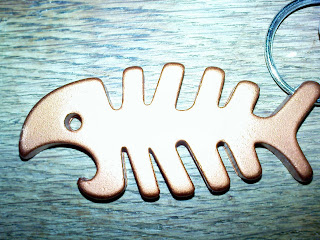 Björn had earlier told me I definitely had a case, and it was his enthusiasm which prompted me to see Stefan. He also has a goatee (no earring though), but unfortunately he didn't share his colleague's optimism. He hummed and hawed and pulled all manner of weird faces.
"Hmmmm. It's very difficult," he said. "Hummmm. Hawwww." He pointed out that I would be liable for the other side's court costs if it went that far and I lost.
We'll cross that bridge when we come to it I told him, before eventually just asking him to go ahead and write them a letter. We'll see what happens then.
"It's something to do," I told Stefan. Alea iacta est. The wheels of justice are in motion!
Labels: fine Law police solicitor