Still waiting for the Polizei to make their move. No developments yet. No sudden moves. Maybe they're waiting for me to make the first move. Let them wait. 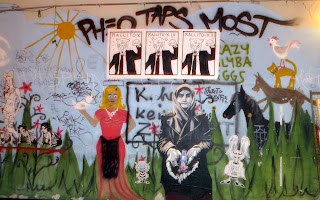 In the meantime, the aggrieved motorist whose rear I crashed into has been furthering developments. I met him on Tuesday at the local Mexican restaurant, (if anyone sneezed I was outta there), when he make me an interesting proposal. This after he told me the damage caused to his brand new shiny black Audi A3 amounted to the not inconsiderable sum of €1,242.54. For three dents to the back of his car! It might have been 45 cents actually. Maybe 42. To be honest I can't remember how many cents are involved. It's a lot of fucking money.
Anyway, I made it clear in no uncertain terms that I have none. I have literally -€13.19 in my account right now. Regardless, he seems to think I'm to blame, and that I should pay for the damage.
That's when he made his interesting proposal: namely, that I pay him €50 a month for 10 months, and... give him English lessons, ten of them at a rate of €30 per hour. He told me the structure the lessons would take, their length, their content etc. Meanwhile, his daughter, who he'd conveniently brought along as a witness, nodded appreciatively.
"I'm just trying to be fair," he assured me.
I reminded him the accident wasn't my fault.
Uncertainty regarding the liabilities of cyclists compelled me to listen however. I told him I'd have to think about his proposal. His daughter paid for the coffee, (they declined my suggestion to try the best mojitos in Berlin), we shook hands and left it at that. 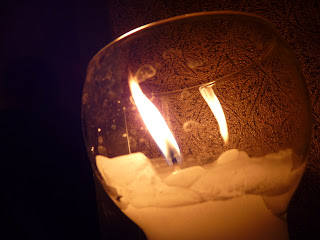 Today he rang back, with a better price of €750 for the repairs.
"What's your proposal?" he asked.
I've no money and the accident wasn't my fault I reminded him again.
The more I think about it, the more I feel he's chancing his arm. If he can pay €30 an hour for English lessons, I don't need to hand over any hard-earned money to him, an Audi driver.
He's the one who stopped suddenly in the middle of the road because "a Mädel on a bike suddenly shot out" in front of him. The mysterious Mädel didn't hang around however, and I never saw her. Facts I'm sure a court of law would find interesting. Or at least so boring they will just throw the case out.
If it's not one thing it's another. Feck.