Another chapter of life in Berlin came to an end today with the end of my Deutsch C1.1 Intensivkurs. I got a certificate and all to say I can now have a normal conversation with a Muttersprachler without Belastung (whatever that is) and that I can understand concrete and abstract themes in Spezialgebiet and Fachdiskussionen (whatever they are). It also says a load of other stuff, but to be honest I’d probably have to repeat the course to understand what they think I’m able to do now. 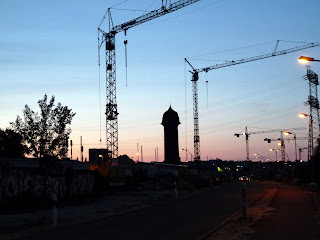 My German is at least better than it was this time last year. If not worse. Better of worse; I’m not sure which yet. I definitely know more, but I also know there’s a whole universe of shit I don’t know that I didn’t even know I didn’t know.
Yep, Deutsch C1.1 showed me German is harder to learn the more you know. The grammar is just ridiculous. Ridiculous. Four cases which are threatening to turn me into a basket case. All the verbs, bar one, flung together at the end of sentences – you’ve forgotten what the hell someone is talking about by the time they spit them all out. They also throw in extra verbs at the end in case you aren’t confused enough. 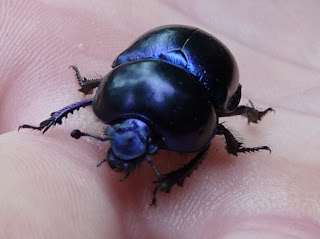 Still, I’m glad I did the course. I’m hoping some German seeped in through osmosis. These Volkshochschule are great. €110 for 100 lessons. Where we did the course was fantastic! Graffiti and funky artwork on the walls. It was an old fire station converted into a youth centre, so we had use of all the facilities: unlimited tea and coffee, table tennis, darts and even table football! (Isn’t it ironic that table football is known as Fussball in the English-speaking world, while in Germany they think you’re mad if you call it anything but Kicker?)

I tell ya these German youths are spoilt rotten. The kitchen was stuffed with fruit, crisps, nuts and other party goodies including crates of fizzy drinks and beer! BEER!! They had a mixin’ desk and a suitcase of ripped CDs featuring some damn good music. Disco lights and a mirror ball. Their parties must have been mad at weekends. Ironically for an old fire station, there was no sign of any fireman’s pole. I suppose pole dancing would have been just a step too far for the kids.

The lessons were great. We hardly bothered with the book, concentrating instead on hot topics like globalisation, the morals of cloning, genetically modified food, religion, art and local thorny issues. It was here I learned about Berlin’s ethics vs. religion debate, the unity memorial farce, and about Monsanto, a genetics company which represents all the evils of corporate greed. 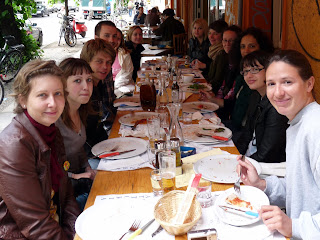 My classmates were very nice too. They took a little longer to loosen up and chat with each other than on previous courses; probably because their heads were fried from all the grammar and learning.
Today was actually the first time we went out together, when we went for pizza and made false promises to stay in touch. ‘Twas sad to bid them adieu.
If enough people sign up for it by tomorrow, Deutsch C1.2 starts next Tuesday. Only four put their names down however. Alle andere hatten schon genug. Heads wrecked.
When I got home I finally relented and ate the two strawberries I found growing on my balcony a little over a week ago. Jesus, they were lovely! The tastiest strawberries I think I have ever eaten. More budding strawberry siblings are threatening to come to fruition. Patience I tell myself. Patience.
Labels: Berlin grammar Language