According to my calculations it's been five months and a day since I've had a haircut. On December 16th last I went to see Dee up the town in Bray to make myself look respectable in time for Christmas.
"Have you all your presents bought love?" Dee wanted to know. "You doing anything nice for the holidays?"
"Oh lovely," she said when I told her I was going to Guatemala. "Where's that?"
I could have told her I was going to the moon. Never mind. Dee's more at home with a scissors than an atlas. For €10 a haircut she doesn't need to know where Guatemala is. 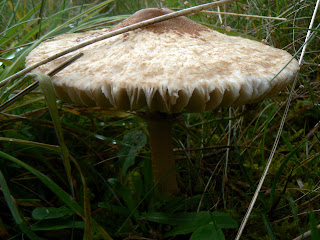 Her handiwork has lasted far longer than I thought it would, even if I now look ridiculous. I've been told I look like a mushroom. It's been so long since I got it cut however, that I can't go and get it cut again now. It's like holding onto a rising balloon. When do you let go? So I guess I've involved myself in an experiment to see just how ridiculous I can look. Poor aul' Noddy's in for a shock when he arrives in Berlin next Thursday...