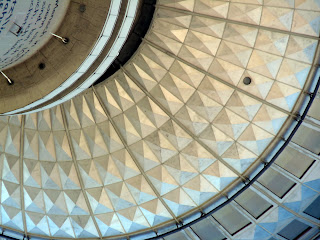 All courage is a form of constancy. It is always himself the coward abandons first. After this all other betrayals come easily. So writes Cormac McCarthy in All The Pretty Horses. I read it this morning when I should have been in college. It was a wake-up call. It comes as everything around me turns to shit. These are the darkest days since I came to Berlin, but I have to keep things in perspective; things could always get worse.
I have my health and am loved. Great friends. Without these all is lost. I also have my honour and I'm not going to throw that away by running away. I won't give in to the Audi asshole without a fight. Whether he wants it or not, whether I'm in the right or the wrong, whatever it costs.

The work situation is less certain. So far, I've tried every newspaper in Ireland and Britain but none are interested in accepting freelance material from Berlin. They'd rather not have the news than have to pay for it. Some at least were honest and upfront about my prospects. "I’m afraid that there will not really be an opportunity ... as we have a fulltime staff correspondent in the city," Paddy Smyth from The Irish Times wrote, before wishing me the best in finding other outlets. At least their correspondent is good.
It pains me however, to also see other writers' absolute shite from the city being printed.
Other newspapers were not as polite as the Times. The Indo was as rude as fuck (as I should have expected) as was its British cousin, 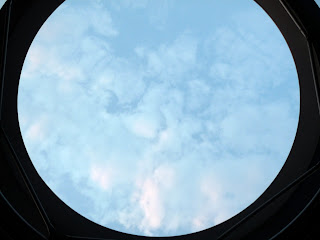 and the rest of the Fleet Street gang followed suit with varying degrees of indifference.
"We have a correspondent in Berlin who does everything there," some snotty cow told me. "If there's a story there she'll do it."
"She doesn't have these two stories," I pointed out.
"It doesn't matter. If there's a story in Berlin she'll do it."
Fair enough. The stories never appeared. It looks now that the North American press is my only option if I want to remain a journalist. Two stories printed in three months is a pitiful return. I've even considered getting back in touch with Bild to see if that €400 a month job is still available.

I look back at the last 14 months and ask myself what I've achieved since I got here. Fuck all. In the last weeks it seems one calamity follows another. The humiliation of watching Barcapigs celebrate in the Bernabéu. Madrid losing every game since. Running out of Barry's Tea. The Bike Crash. The Police Fine. The Rejections. Rows. It even looks as if Theresas Mütter's days are numbered...
Maybe it hurts more because life's promise shines so brightly here. The rewards stay just out of reach however, just can't be gripped. Maybe that's just Berlin. Maybe it is tainted soil. But it could be wonderful.
Giving up is the easy option; the coward's option. I also know if I did leave what little I have achieved would have been for nothing. A wasted year. A fruitless time. 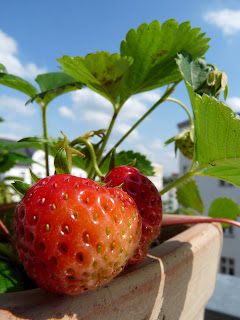 There are grounds for hope. Bright days always follow dark ones. (Even in Ireland, although you need the patience of a saint.) Noddy's arrival on Thursday should coincide with the arrival of tea. And there's no way the Americans will be as rude when I call looking for prospects. Other problems will be sorted with respect, compassion and patience.
Yesterday, on my balcony, I noticed two strawberries growing from the plant I planted a few weeks ago. White yesterday, today they're red. Hopefully they're a sign of more fruitful days ahead.
Labels: Tea