The best thing about living in the former GDR is the sheer number of abandoned buildings left lying around, begging for attention, calling out for exploration, their dereliction a seductive lure for inquisitive souls.
Usually the authorities do all they can to stop these said souls meandering into places they shouldn’t. Big chains, heavy iron doors, metal bars, concrete walls, broken glass etc. 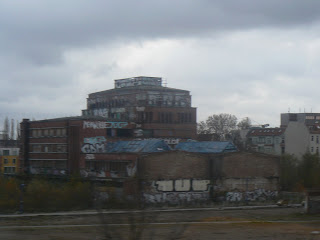 “Betreten verboten!” is often painted in big angry letters. (Entry forbidden.) Verboten is a word one sees quite a lot of in Germany.
Still, forbidden fruit is always tastier. The authorities’ efforts just make trespassing all that much more fun. Especially when it’s dark, and when the object of trespass is remote, tall and looming, and surrounded by trees – preferably inhabited by animals specialising in eerie noises.

And so we made our way to Spreepark, an abandoned amusement park on the edge of Plänterwald in Berlin. In its hey-day (or wahey-day I should say), the park attracted some 1.7 million visitors a year. After the wall came down however, its demise began, presumably because East Germans suddenly had other avenues for excitement.

Now the site lies idle and neglected, (including its ferris wheel!), fenced off and abandoned, attractions boarded up and verboten. Spreepark is home now only to the ghosts of clowns and the spirits of their victims: innocents who came for fun but left in terror. Or not at all. Who knows how many victim’s spirits now roam the site along with the clowns’?
Of course we had to go, to confront the clowns, avenge their victims. Or join them. 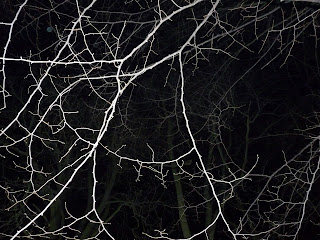 A dark night of course, but that didn’t perturb us. We had to go through forest to get there, the moon peering meekly down, almost as if afraid to look. Soon enough we found it. The heavy wire fence confirmed so. The river Spree flowed to our left. Silent. Afraid to speak, but quietly willing us not to go in. Don’t do it!
Inside, dark shadows flittered around among the trees. Long tapering branches reached to sky, trembling. Rustling noises. A scream. What the fuck was that?! Then silence once more. Did we really hear that? Shit. Let’s walk on. Look for another way in.

Through the fence we could see the old attractions, upturned, overgrown, and not so attractive anymore. Carts, trains, slides and twirly things. These once proud contraptions used to bring crowds from far away. How the mighty had fallen!
They urged us to climb the fence and join them, willing us to help them recapture the fun and excitement of their glory days. There was no sound of laughter however. No cries of excitement. The usual frivolous noises of an amusement park were gone. All gone. Long vanished – much like our bravery had in the last few minutes. 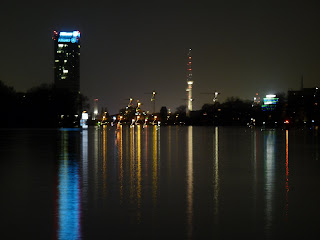 We looked for more ways in, waiting for our courage to return. The bravery was gone for good however, and so we left, turning our backs on the dark attractions, clowns’ cackles ringing mockingly in our ears.
Facing back towards the warm bright lights of Berlin, the Fernsehturm stood like a friendly beacon across the river. Komm zu mir ihr Lieben! Alles wird besser sein!
The clowns may have won the first round. But we’ll be back...
Labels: abandoned buildings Berlin Spreepark