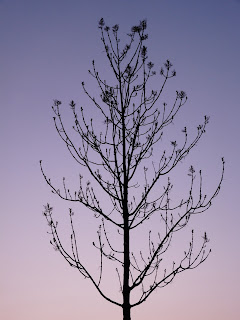 Frühlingsgefühl is well and truly among us. The first I'd head of this wonderful word was two weeks ago, but I've been experiencing it ever since. It's everywhere!
Jenny told me the word describes the feeling people have after a long cold winter, when the land is awakening. The sun is shining, birds are chirping, trees and flowers blossoming. People are happy, walking or cycling around with smiles on their faces, sometimes even going so far as to say hello to each other as they pass (very un-German behaviour).
The enlightened mood leads to amorous overtures too. People are generally friskier at this time of year apparently, and it's much easier to score, or, should I say, meet people of the opposite sex. (She denied using the word "horny" but then this is Germany, where the liberal mindset will take advantage of Frühlingsgefühl at every available opportunity).

I don't know whether it's Frühlingsgefühl or whether I'm just more perceptive to this sort of thing lately, but I have actually noticed an increase in the level of flirty attention I've been getting in recent weeks. Getting a coffee in Balzac, buying groceries in Plus, or even last week at the Hertha Berlin game, there were definite signals being sent there!
Even today, I had a long interesting chat with a delightful creature from Stralsund who kept batting her eye-lashes at me. After telling me all about Amnesty International however, she lost interest when she heard I'd a girlfriend and no German bank account. 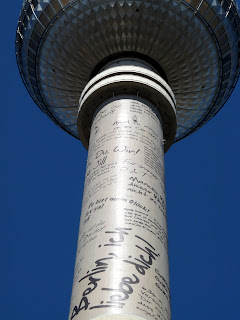 There's no such thing as Frühlingsgefühl in Ireland, where the weather is the same pretty much all year round. Girls do get prettier as the weather gets marginally warmer, but that's probably just because they wear less clothes. Some should put them back on.
In Germany, friskiness may be dictated by the seasons, but the weather is too unreliable for that in Ireland where it's supplied through beer and liquor. It's no coincidence whiskey rhymes with frisky. And people wonder why the Irish drink so much!