It's the busiest night of the year for Irish off-licences (liquor stores). Tomorrow is Good Friday, the biggest piss-up of them all!
The pubs are shut for the whole day - the whole day! - so queues of people are now buying every scrap of booze they can carry, tongues hanging out, panic-stricken at the thought of having to go dry for a whole day. A whole fucking day! 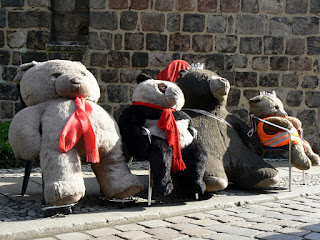 Crate-loads of liquor are being bought at a ferocious pace. Beer, wine, spirits; there can never be enough. Whatever you can carry. Never mind that all that alcohol would kill a horse - it has to last until the pubs open again on Saturday.

The ironically-named Good Friday is one of only two days in Ireland the sacred pub must close (Christmas Day the other) so of course the only way to get through this inhumane drought is by having a party stuffed to the gills with crates of booze. It's probably the only day of the year people unite in camaraderie against the common enemy - sobriety.

Parties everywhere will be rocking to the Good Friday beat, with revellers guzzling down alcoholic liquids until they can guzzle no more, determined to defy the forced abstention. A 24 hour prohibition obliterated with a week's worth of booze. 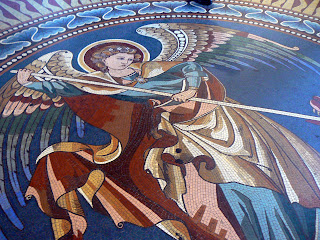 Thankfully in Germany the pubs are still open, and there's no need to resort to such drastic measures. I can't remember what I did for the occasion last year (probably too drunk), but tomorrow the only thing I need fear is a lack of comedic theatre performances and events. Apparently these are illegal on the day, as are public dancing events.

Good Friday is certainly a misnomer. Good for who? Certainly not for Jesús who was nailed to a cross. Feckin' Romans. Today's authorities are no better: also trying to make it a miserable Friday. No drink in Ireland; no comedy in Germany (ahem).
Arse to them. Let's drink, laugh, dance and be merry - make sure it's a Great Friday!