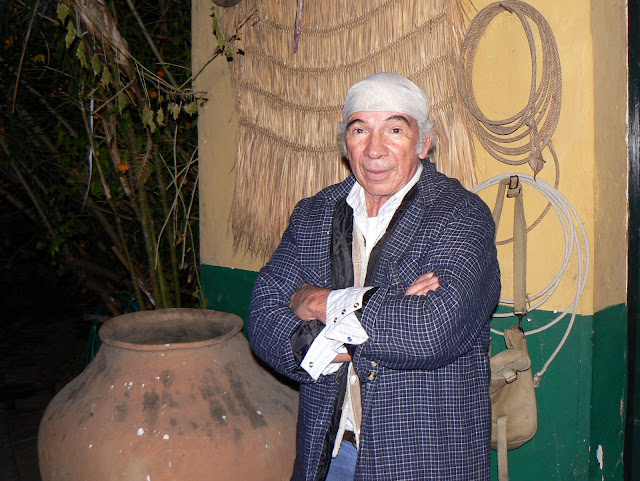 Sergio Castro is a remarkable man. "Un héroe de Chiapas," as described on the front page of the local newspaper here. I went to the 68-year-old's house yesterday, to see what he converted into a museum dedicated to local Mayan life and customs.
On arrival at our appointed time, my fellow language students and I found him on his knee beside a basin mopping blood from the leg of a local woman in some distress. Family members were around her. He told us he'd be with us in a few minutes, and proceeded to clean and then bandage the woman's leg. I don't know if it was broken or what, but it looked like a serious job. 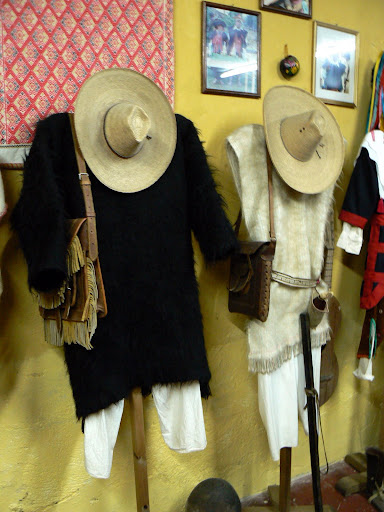 In the meantime, we were to amuse ourselves by looking at his collection of costumes and artifacts from the local indigenous population. Twenty minutes later, he came into us, asked which of seven languages we would like our tour to be in, and proceeded to explain the significance and traditions behind each of the eye-catching costumes displayed around the perimeter of the room.
In a matter of fact manner, with the aid of a long pointer, he explained that Chiapas (Mexico's southernmost and most indigenous state; about 40 per cent of the population) is home to seven Mayan peoples - Tzotzil, Tzeltal, Chol, Zoque, Tojolabal, Mame and the Lacandón Maya living in the jungle.
The latter, he explained, are facing huge problems because of their isolation. They have resisted outside influence by living in small groups in the Lacandón jungle, but are now under pressure because their gene pool and numbers are getting smaller. Inbreeding is a big problem apparently.

Señor Castro demonstrated the various Mayan languages, (with noticeable differences between each), before going on to explain the significance of the various costumes. For example, in San Juan Chamula, the Tzotzil village where I witnessed them sacrificing chickens in the church, the locals wear costumes made of very thick black sheep's wool. San Juan is even higher in altitude than San Cristóbal, and so gets very cold at times. The local big-wigs, or village elders, wear the same thick woolen coats, although theirs are in white to differentiate rank. Sheep, all of them black for some reason, are sacred here, and so not eaten or killed for any reason. Having experienced the cold here, I can tell why they're sacred! I'm just surprised ducks aren't sacred in Ireland. 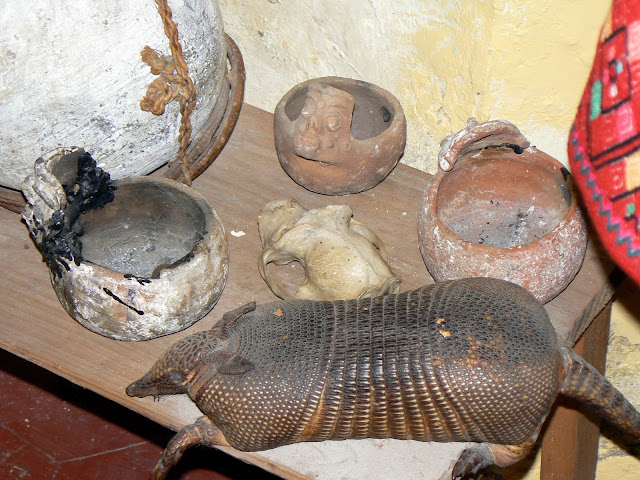 Our host explained some of the rituals practiced by the indigenous, including courting and marriage procedures, before showing us some artifacts from the Lacandón indians, including a cigar case made from an armadillo, "always keeps the cigars fresh," and a rattle-like musical instrument made from a monkey's skull. 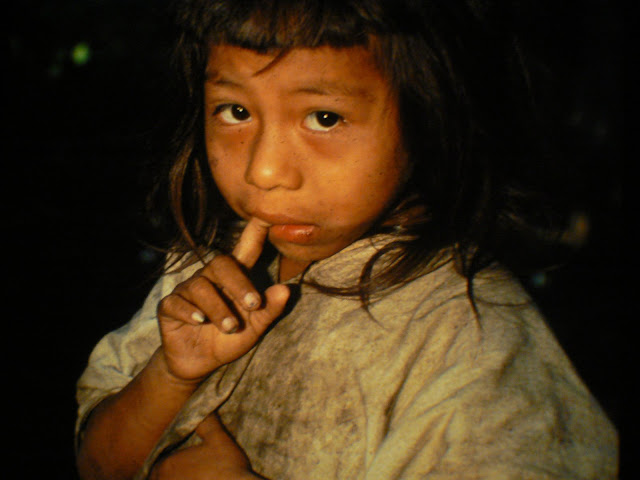 He then talked us through a slide show which brought us to the heart of jungle life. As he did so he explained some of the terrible injuries suffered by the indigenous Mayans, in particular the Lacandóns. Water sometimes gets contaminated with a bug which causes children to get epileptic fits. When they sleep beside a fire in the middle of a hut, this can have dire consequences, and he showed us some of the horrific burns suffered by the kids.
Adults too, often get badly burned, sometimes fatally. They drink an alcoholic drink so potent, (it's supposed to get rid of evil spirits,) they fall to the ground drunk in an instant. If they roll into the fire they might roll out again, if they're lucky. Oftentimes they don't roll or do anything else anymore. 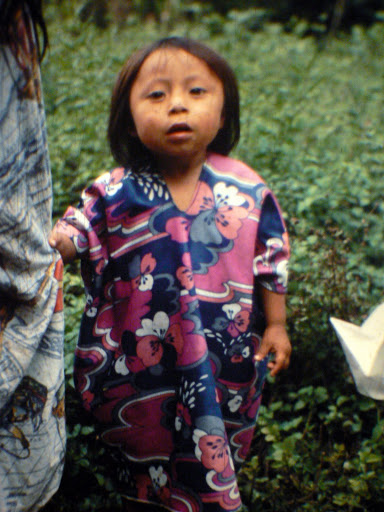 It transpired that Sergio Castro has been tending to the indigenous population all over Chiapas for more than 45 years, treating their burns, conducting amputations and tending their other injuries. Through fundraising he has built schools so kids can be educated, and wells so they mightn't suffer epileptic fits from bad water.

Stomach-wrenching photographs of various injuries showed this is no job for the squeamish. To see this fellow devote everyday of his life to doing all he can to make others better is truly inspirational, and caused me to wonder what the hell I could do. I left a small donation at the end of his eye-opening tour, but got pissed off my myself as soon as I left the place for not leaving more. Later again I realised I'd have been pissed off with myself no matter what I left. 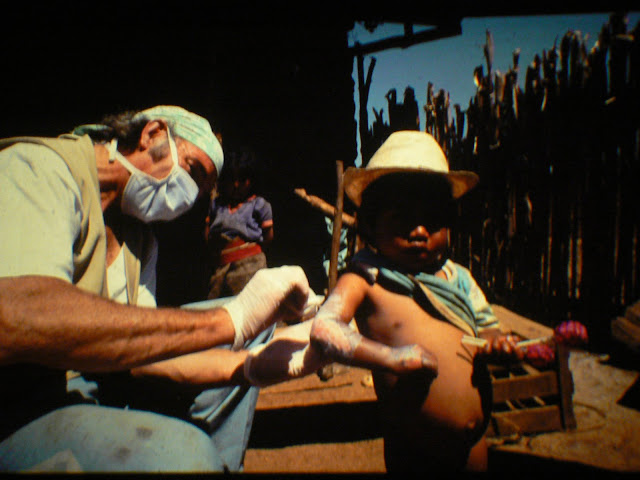