Only in Germany could a brand of toilet paper be called "Touching". Nothing is left to the imagination here. Subtlety just doesn't exist. The same company's brand of tissues is called "Feeling". I guess "Feeling" would have been just too much for toilet paper - even for the Berliners. 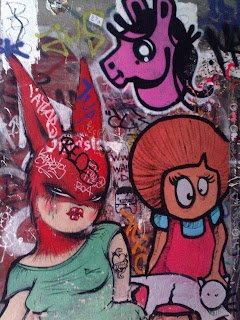 Next Tuesday, Paddy's Day, I'll be here a year. This week I've been taking stock of all I've achieved in that time. Fuck all, to be honest. My German's only average at best. Pidgin German perhaps, although I tried speaking with the pigeons and they hadn't a clue what I was saying so I'm not even sure I could say that.

The job situation isn't too promising, although it comforts me to know it's shit everywhere right now. I've been trying to flog travel articles on Mexico to various newspapers, but the damn drug gangs' armed struggle with the army there is causing a few jitters among travel editors.
Come on people! Just 6,290 murders in a year shouldn't put off a few tourists. Think of the low prices!

So things aren't good. Maybe Friday the 13th has something to do with it. Earlier I deleted all - I mean ALL - my music from my laptop, thinking it was backed up to my external hard drive. Of course it wasn't. 12,000 songs gone forever. I don't have any CDs here either; I left them all in Ireland. 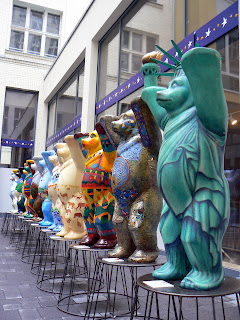 Real Madrid being humiliated in Europe with their worst ever defeat hasn't helped my mood. Humiliated by an English team! Just to add to the humiliation. I used to be able to blame Beckham, but I can't even do that anymore.

But Theresa's Mütter are my team now. It was good to get back into training last week. Even if only three people showed up. The level of dedication leaves a bit to be desired. Apparently they didn't win any games while I was away. I don't know why, but that made me feel better. I still retain the hope we might win another game sometime.
I was shocked and horrified to hear however, that our famous victory last year has been stripped away from us! Because the shower of incompetents we beat didn't provide referees and linesmen for another match, they were disqualified for the league. The fuckers. The league might take the points away from us, but they'll never take away our victory! Neverrrr!!! 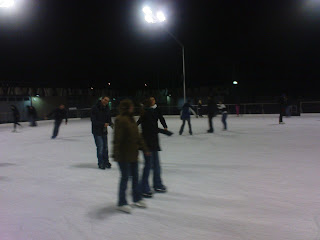 Last week too I went ice-skating for the first time. Despite gravity's best efforts I didn't fall! I quite liked it too. Better again, it was "Happy Hour" so I only had to pay €1.65 for unlimited "Schlittschuh Laufen". (Translates literally as "Slide-shoe walking" - German's great!) I'm sure the price would have been simply outrageous if it hadn't been Happy Hour. The season's over now already though, so there'll be no more Schlittschuh Laufen for another year.

To make things worse, my local supermarket doesn't do "Inka Tee" anymore. It seems to have gone the way of the Incas themselves, although there weren't any ruins left behind. German efficiency wouldn't tolerate tea-bag ruins on supermarket shelves in any case.

Despite all the doom and gloom, I've already taken steps to improve matters. I bought new lights for my bicycle, so now I can cycle at night without worrying about cars, trucks or anyone else, and I've invested in a new camera which I hope to make use of in some exotic part of the world sooner rather than later.
Emm.. that's it. That's all I've done so far. The rest is in the hands of the gods. But I'm sure something will turn up. Hoffentlich.
Labels: Berlin ice-skating México Real Madrid Tea Theresas Mütter toilet humour