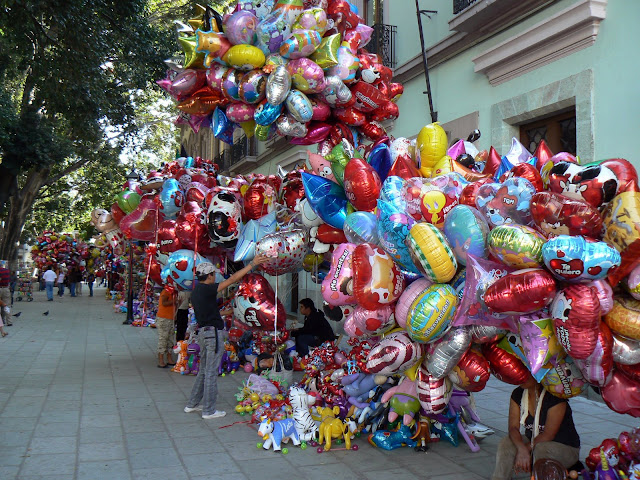 Today Oaxaca is awash with balloons; huge balloons usually heart or puppy-shaped and pink with "Te amo" written on them. It's Valentine's Day and everyone is wandering around with ridiculous balloons, from sad-looking lonely Mexican girls to businessmen on their way home to their wives or mistresses.
It's also an excuse for a fiesta this evening, and every half-excuse is seized upon by the party-crazy Mexicans to throw another one. Thus tonight is Noche de Luces, and the streets of Oaxaca will be crammed with revellers, fireworks will be shot into the sky, and mezcal will be consumed in copious quantities.
It's not all about tequila you know; Oaxaca is the home of mezcal, a spirit which is like that of the Mexicans themselves - fiery and full-on. I like it! 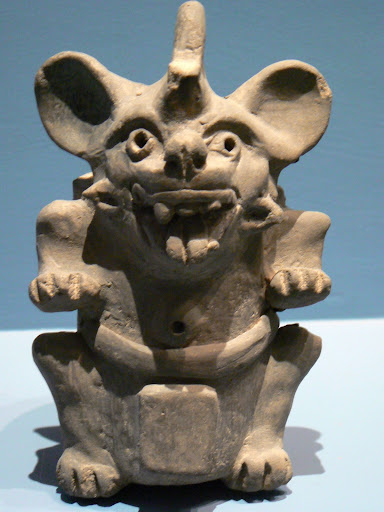 Despite last night's mezcal's best efforts to hinder me, I made it as planned to the site of the ancient mountain-top city of Monte Alban, home for 1,300 years to the Zapotecs. They're related to the Olmecs, famous for their huge sculptures of heads with flatted noses and thick lips.
Apparently the Zapotecs were another blood-thirsty bunch, as can be deduced from the stone engravings of their victims being castrated and sacrificed for the voracious appetite of their gods. They eventually abandoned their city around 800 or 900 A.D.

While not as impressive as Tikal in Guatemala, the setting of these ancient pyramid-temples and tombs is spectacular, commanding wonderful views of the mountain ranges and valleys down below.
The ruins themselves are impressive too of course, but again, like those of Tikal, they were in ruins. They seem to be very careless about this type of thing on this side of the planet. Maybe the mezcal has something to do with it. 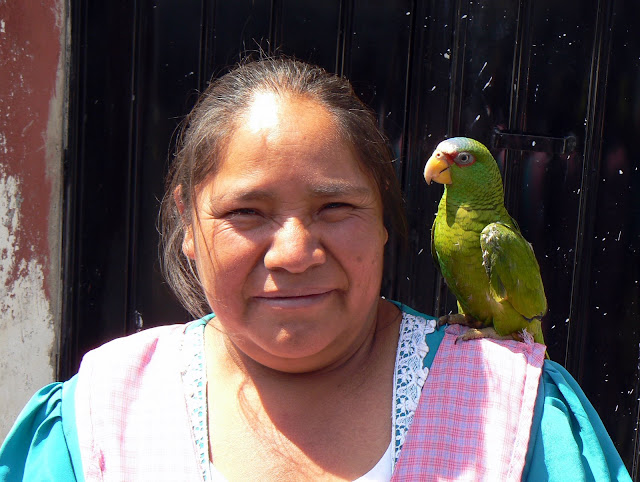