I'm a pig in shit. México is fantabulous!! I should have come here years ago. The air is sweet, the colours bright and clear, the atmos incredible!
I have a permanent smile on my face. Maybe the hippie well-being of San Marcos rubbed off on me, but I feel totally content walking the streets of San Cristóbal de Las Casas. It's my kind of town! 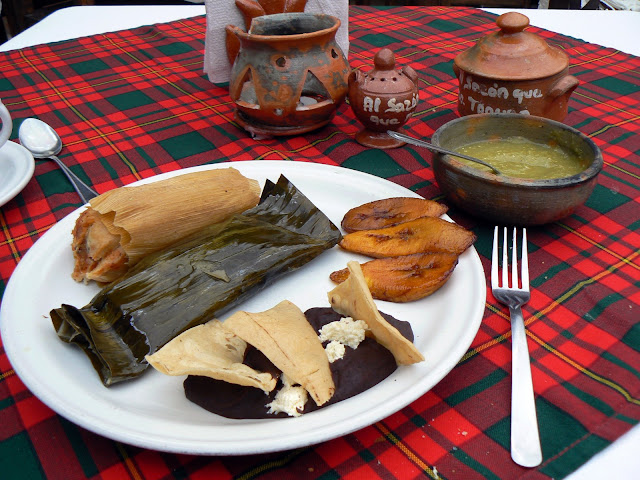 Everything's mad. Even breakfast was incredible. I ordered the desayuno chiapaneco, the local morning fare, as I figure there´s no better way of sussing a place than through its food.
Put it this way - I've still no idea what I ate. The stuff arrived out covered in leaves, and accompanied by refried beans and fried bananas. Tourists were looking at me in awe.
It took me a few chews to figure out the leaves are inedible, but nevertheless, the rest of the stuff was delicious. Some sort of meat in pastry involved.

Total strangers just seem to want to talk to me here. All day yesterday I was talking to people - I didn't have a minute to myself! I knew nobody in the city when I woke up, but by the end of the day I had a world of friends - literally - from México, Canada, the US, Argentina, Australia, England(!), Germany and Israel. 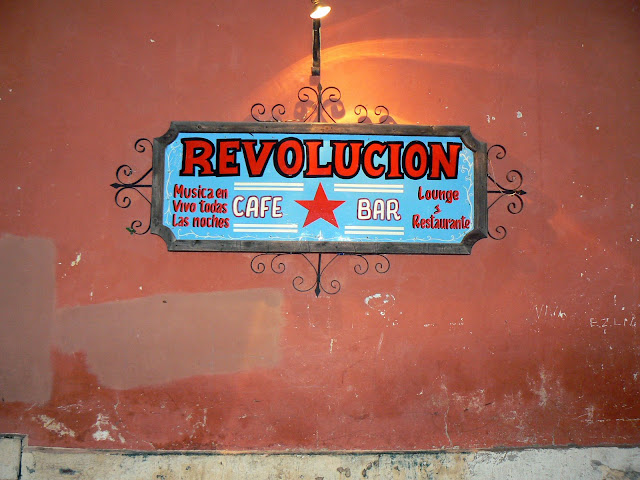 I ended up last night in Café Bar Revolución (how could I not go in?) where dancers were throwing their bodies around to salsa without any regard for their own safety.
I ended up propping the bar with an American guy who kept saying "Dude" à la Big Lebowski. His eyes nearly popped out of his head when he saw the slops from the beer barrel they had just changed. He leaned over and asked the barman if they could refill his glass from the slop tray. He did! Only in México would a barman be so obliging.
He did however, remind a Mexican girl that she couldn´t smoke at the bar. She immediately apologised, moved her stool two feet from the bar, and continued smoking, apparently no longer flouting the law. What a country!

As I typed those words, one of the American guys, a fella with more hair on his face than his head, just popped into this internet café to tell me there's a gang going down to Tierra Madre for something to eat. Apparently there's also another party in Café Revolución later too! Gotta go!

PS - I'm starting Spanish lessons tomorrow afternoon. Other languages are very important as any mouse who can say "woof woof" will tell you. Spanish is no exception! 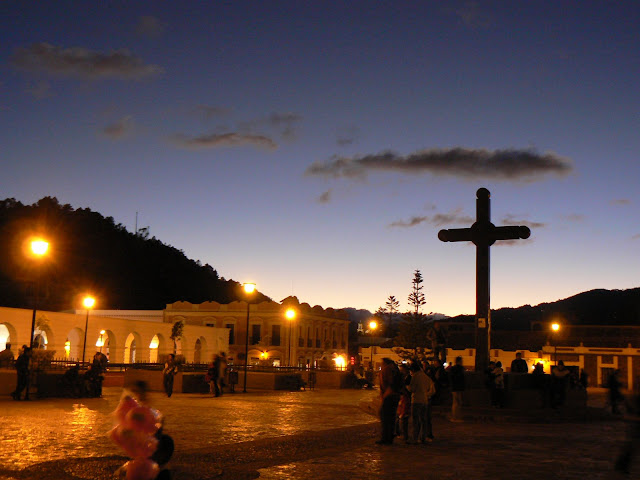