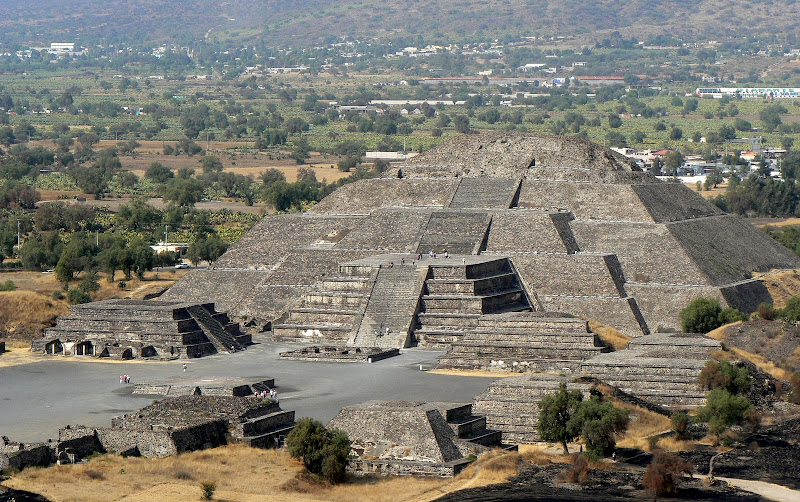 The best was saved for last. Or so I thought. Teotihuacán is famous for its imposing pyramids, Pirámide de la Luna and Pirámide del Sol, the third biggest in the world. Other temples and pyramids litter the site too.
Built by the Aztecs' predecessors around 100 AD, this ancient city rose to become the Mesoamérica's greatest, 20 square km in size, with a population of 125,000. Of course, it went the way of all these ancient cities after it was pillaged, burned and abandoned around 600 hundred years later. 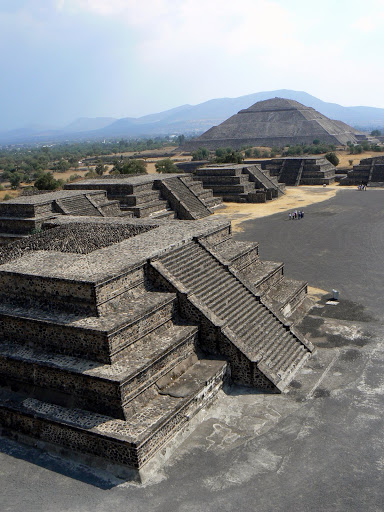 To be honest, I found it underwhelming. Maybe I was spoiled by what I had seen before over the last couple of months (or even the Lucha Libre the night before), but I was expecting bigger pyramids, more imposing ruins, more impressive remains.
There's a huge fuss made about Teotihuacán, going back to the days when the Aztecs used to make pilgrimages here, but apart from the size of the two pyramids (they are big), I didn't find much else to excite me. There were no underground tunnels under the structures, so basically all these fellas did was pile up the bricks.
I also find it hard to appreciate these things when they have been restored to such an extent that I don't know whether what I'm looking at is real or not. Or whether it ever existed to begin with. I was reading about the Pirámide del Sol, when they admitted the archaeologists got it wrong in reconstruction when they rebuilt it with five levels instead of the original four. The fools basically built a different pyramid! 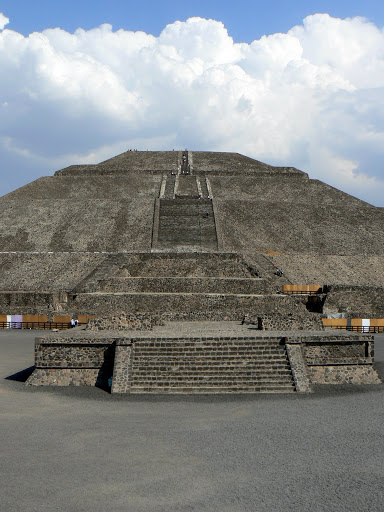 I feel if they're going to reconstruct something, they should do it properly, and rebuild the city exactly as it once was. Now that would be impressive. These half-arsed attempts at reconstruction are pitiful. The top of the Pirámide del Sol was basically a load of stones stuck together with cement. I'm no expert on these matters, but I'm pretty sure this wasn't how it was in its time of glory.

Never mind. I sacrificed three peanuts from Pirámide de la Luna, and a biscuit, nachos and peso from Pirámide del Sol to appease Tlaloc, the rain god, and Quetzalcoatl, the feathered serpent god of fertility and life. Thousands of lesser men than me had been sacrificed for these two in the good old days, but all they were getting from me was peanuts and nachos.

The Mexican's reconstruction efforts could be an example for Bord Fáilte to boost Ireland's flagging economy. What better way to draw the tourists than "discover" an old Celtic temple bigger than the Sphinx? They could fast-track the planning application process so it could be built and jobs created ahead of the next general election. Desperate times call for desperate measures. 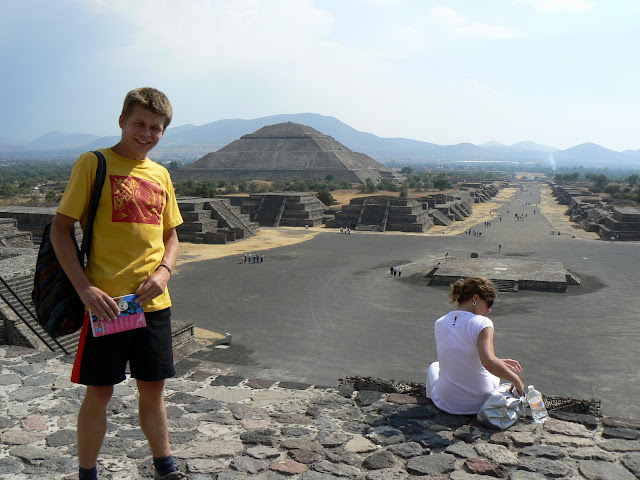 This is my last post from México. Tomorrow morning I fly to New York en route to Ireland en route to Berlin. There'll be pints I'm sure in Ireland either Friday, Saturday or Sunday, if not all of them.
I hope you enjoyed reading my ramblings as much as I enjoyed living them. Photos will be added at some stage in the future, and of course all spelling mistakes will be weeded out, punished and shot.
Labels: abandoned buildings Aztecs Mesoamérica México Ruins