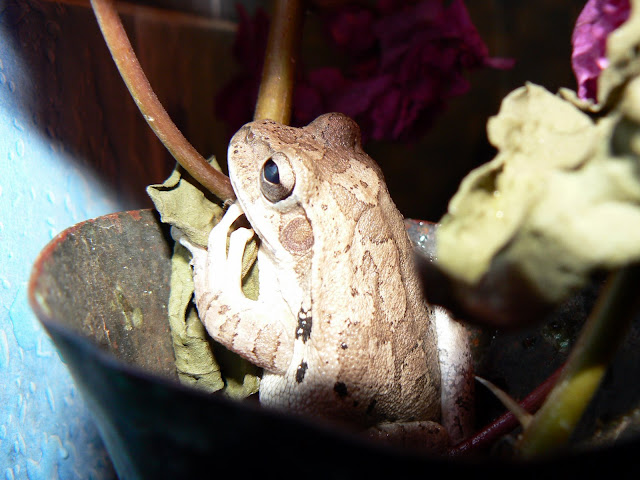 I knew I was in the middle of something different when the driver of the collectivo had to beep at vultures to get them off the road. Those things are huge, and would do some damage to your car if you hit one.
I was accompanied at the time by a ranchero with nostrils bigger than his head (seriously, he had the snout of a pig, quite remarkable), and two others who laughed hysterically all the way from Río Grande to Zapotalito (like real Mexicans). They might have been laughing at your man's nostrils. One of them was holding a large plastic pipe through the window to the side of the collectivo.
But the vultures! They're everywhere. At least I hope they're everywhere, and not just circling over me.

In Zapotolito I had to get a boat across the lagoon. A female black shopkeeper had obviously been to the cash and carry for supplies, 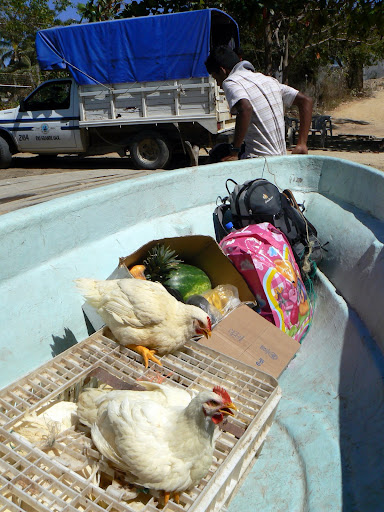 and she wished to transport her entire cargo across the lagoon too. Part of this included a crate stuffed with live chickens.
Two of these creatures were particularly independent (surely Wexford blood involved) and they somehow squeezed through the crate and made a burst for freedom as we were on the boat. I didn't know whether to help them or not, but I felt a strange bond with them as they were sitting directly in front of me, flapping their wings. Just as I had made up my mind to help, the shopkeeper grabbed them without ceremony and stuffed them back in the crate. Oh well!
I realise now of course, that my lack of concern at the time was shameless. To make matters worse, when we landed, I helped the boat driver lift the crate of chickens onto the dock.
It was only shortly afterwards, when I was sitting on the camioneta down the long dusty cactus-lined road to Chacahua, that I noticed the chickens had shat on my jeans. They clucked in the crate below my feet, no doubt enjoying their revenge. 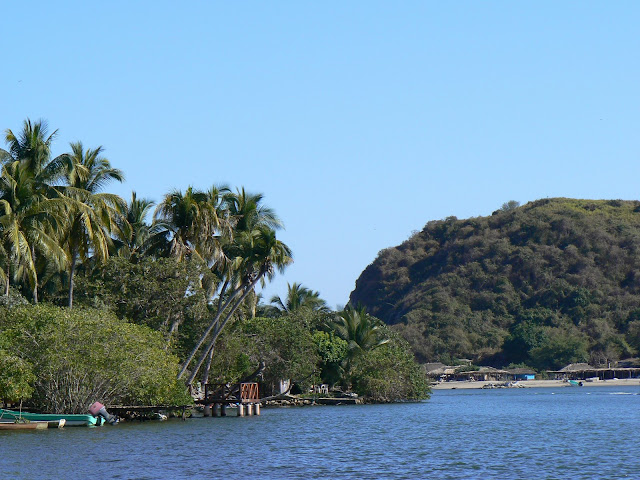