I had no idea Mexico could be so bloody cold. It's freezing here! San Cristóbal de Las Casas is a lofty 2,300 metres above sea level, so for the last few nights, when not warmed by tequila, I've had to snuggle into my sleeping bag under four blankets.
I've also had to invest in a thick knitted jumper, but it's not funny anymore - it's so feckin' cold I've decided to head for the coast. Muy rápido!

Chacahua (pronounced Shak-awa) awaits. With a name like that it's got to be great. Apparently it's a beautiful little fishing village at the end of a spit of land, bordered on one side by lagoons, and on the other by the Pacific!
Sea turtles call the area home, and the village is also the location for a crocodile sanctuary, where the local snappers end up if injured or sick, or when old if they'd good insurance when younger.

It'll be another journey to get there, getting the night bus from San Cristóbal at 10 pm, arriving either 10 or 15 hours later at Puerto Enscondido. Not 11 hours later, nor 12 or 14 - I guess if I don't arrive at 8 am, I'll know I've another five hours on the bus.
From P.Enscondido it'll be a bus to Río Grande (wow!), then another to Zapotalito. From there I'll have to get a boat across the lagoon, and then a camioneta the rest of the way to Chacahua. I think a dip will be in order once I get there! 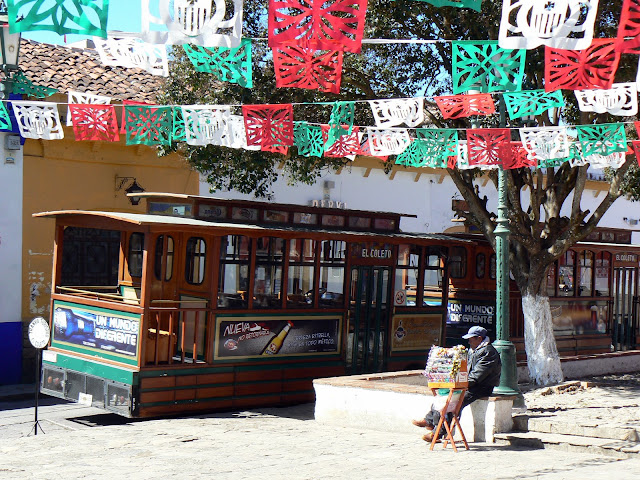