I wrote the following soon after arriving in México, where I felt a lot safer than I did in Guatemala. (Ironic given nearly 6,000 murders or executions in México last year, not too mention the robberies and kidnappings, but I felt safer there all the same.)
However, not wishing to tempt fate, there was just no good time to post these words. I never got cocky enough to do so, but I'm back in Berlin now, so I guess it's now or never. 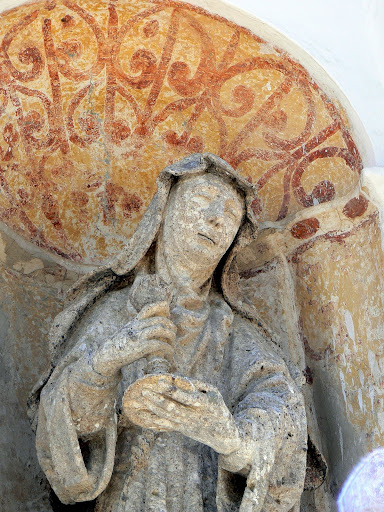 Death is never ever far away. As we were hurtling along the road in our shuttle (Hiace minivan) from Lanquin to Antigua a couple of weeks ago, we passed through a village where a huge crowd of people had gathered by the side of the road. The police were there and we knew it was something bad, but nevertheless, no one in the shuttle could avert their eyes. All necks were craned as we drove slowly past to see what was going on.
Through a break in the crowd we saw it. A pair of legs protruding from a dark blanket. Even though we were expecting the worst, it was still a shock. Everyone stayed quiet. Even the driver kept to a reasonable speed for a few kilometres before getting back up to his normal pace.
Three or four days later I saw something similar in Guatemala City. This time a bus was involved. The front of it was smashed up. I didn't see a body this time, but I'm pretty sure there was a body.

I guess the tone was set on my first day in the country, in Antigua. We went to check out the elaborate graves in the local graveyard, when we noticed a body lying casually on a slab, waiting no doubt to be transferred to one of the elaborate graves, with feet pointing expectantly to the heavens. Yes, I know, one finds bodies in graveyards - people are always dying to get in, but it was a beautiful sunny day, and you don't expect to find bodies casually lying around waiting for burial. Poor Jenny hadn't even seen a dead body up to that point. Unfortunately, I'd already seen plenty thanks to my time chasing car crash reports for the Gorey Echo. Well, with a name like that, what was I to do? News is news.

The locals here seem to have a strange acceptance of death. While it's an inevitable part of life, they seem to have a fateful belief that all is out of their hands and that there's nothing one can do about it. As the bus I was on was passing the crash site in Guatemala City, another bus overtook us at ferocious speed. On the back of this bus was written: "El éxito de hombre dependiente de Dios." (Man´s death depends on God.)
The driver obviously believed that, and thought no matter how he drove, that his fate was already determined by God. It's no wonder life is so cheap there.
Everywhere you look in Guatemala, signs declare "Jesús Cristo el Rey" and other such slogans declaring allegiance to God and/or Jesus. I don´t know if the locals are so fond of God that they want to meet him as soon as possible, or if they have such a sense of fate that they believe life is just a rehearsal for the main event afterwards.
In any event these slogans feature predominantly on the fronts and backs of buses and minivans which bring tourists around. I don't know how we didn't see more bodies at the side of the road. 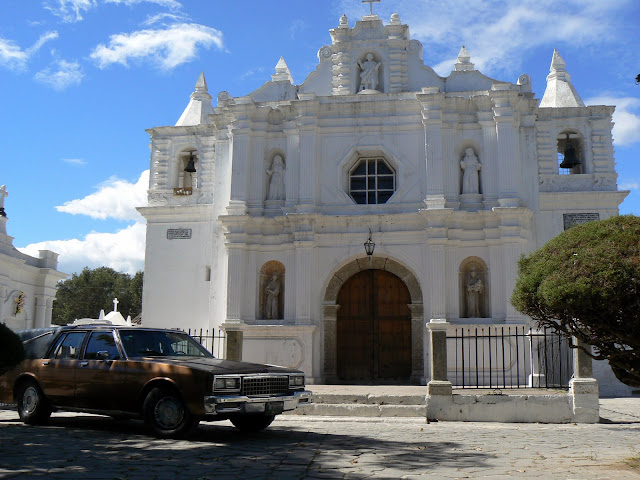 Apart from the roads, the newspapers in Guatemala are full of gory details everyday, quite different from the Gorey Details I once compiled. The day before I left for Mexico, I picked up the paper to discover four men had been executed in Rio Dulce two nights before. Rio Dulce! Where I had been with Jenny two weeks before! The men - a rancher, his two sons and a hired helper - left the main house at 4 a.m. to be confronted by four masked men armed with machine guns. They were led to woods nearby and shot, their bodies left where they fell. The newspaper had lovely diagrams detailing the chain of events, culminating with little stars on the victim´s bodies where the bullets hit them.
This story didn't even make the front page. That was reserved for a woman whose body was found in three plastic shopping bags dumped in the middle of a street in Guatemala City. Only her head was missing. Apparently she was the 40th woman to die of a violence-related crime in Guatemala since the turn of the year. (That paper was on January 29th - feck knows what that figure is now.)
The same paper detailed a few other less-interesting murders, including one of an eight year old boy. The paper's editors kindly included a picture of the kid´s grieving mother, just so other mothers might know how she felt.
Everyday I picked up the newspaper, there were at least four murders, but usually much more. Four was the least I counted on any given day, and I think that only happened once. Apparently, in 2008, there were 16 deaths a day in the country from murders, extortions and kidnappings.
No wonder I feel so much safer in Mexico.

In the end, I didn't witness any deaths in México, not even a car crash. I did however, make the mistake of picking up a newspaper just before I left México City. My eyes were greeted by a half-page murder shot; three other pictures of less impressive murders below it.
The main photo showed the poor guy as he lay in a shiny dark red pool on the street; his torso in shreds, riddled by bullets; arms hanging limply up by his side, as if still in surrender. His head was inclined slightly, but his face betrayed none of the trauma he surely must have experienced in death. Hopefully, that will have been of some consolation to his grieving family.
Labels: Antigua bus death Guatemala Jesús Mesoamérica México murder public transport shady shit