The crocodile's nose was just two centimetres from mine. I could hear his raspy breath as he surveyed my face before him.
His green slitted eyes were some distance away at the other end of his snout, and his nostrils loomed over mine. 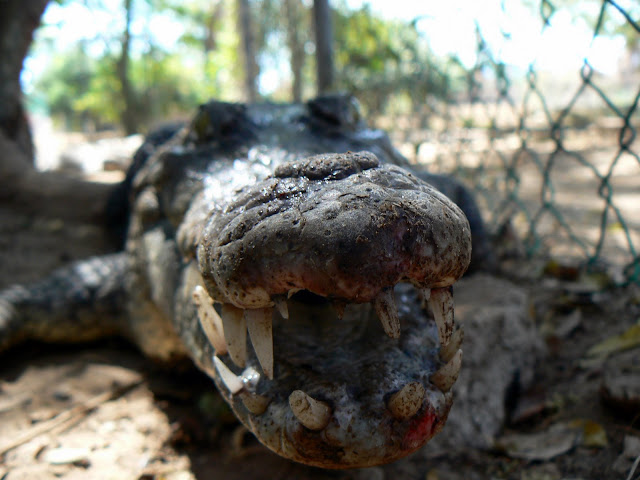 But it was all about the teeth. Heaps of them. All crammed in at crazy angles, but sharp and pointy like the Dublin spike. (At least your man's teeth have a purpose.)
All yellow. A dirty brown yellow which betrayed his lack of dental hygiene. There was no way this was a German crocodile. It may have been an Irish one, but I'm sure even an Irish dentist would have baulked on being presented with gob like this.
In the meantime, the croc opened his mouth slightly. The rasping increased, becoming louder and faster, as the beast got more agitated.
There was no way I was going to avert my eyes however. One of us was going to back down and it sure as hell wasn't going to be me.
Eventually he cracked. With a angry rasp he wrenched his head backwards, opened his mouth fully to display all his rotten teeth, and he peddled his giant cumbersome body backwards with his short flat legs.
The poor thing. I guess he thought I was going to feed him. 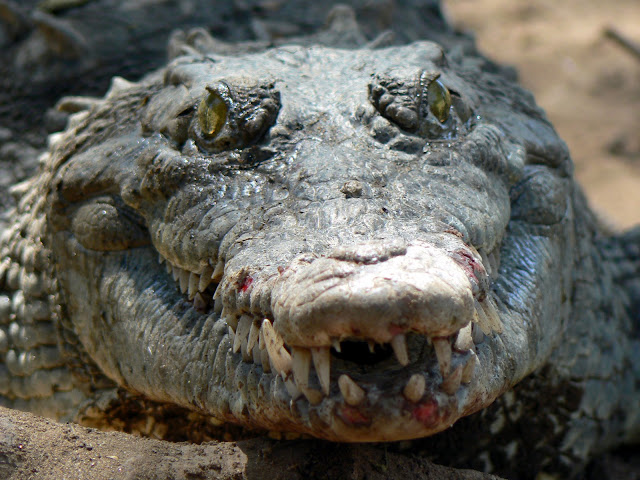 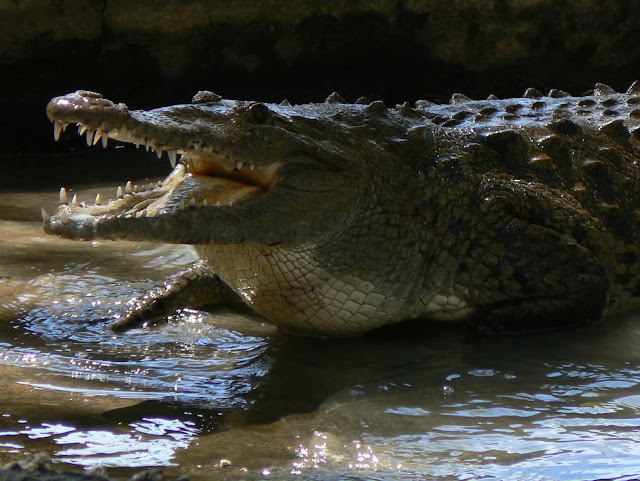