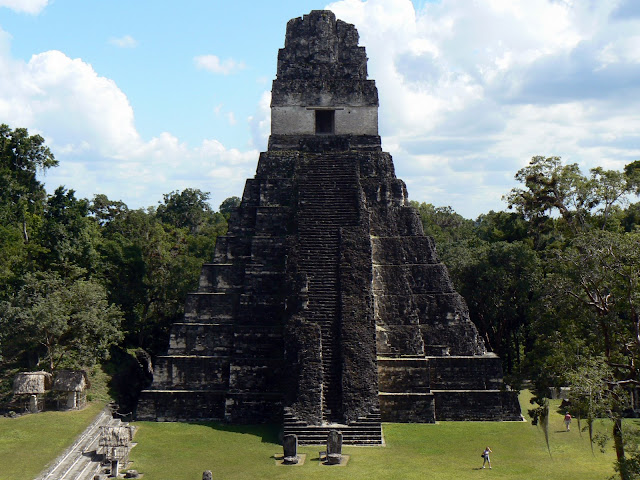 Tikal! That most famous of all ancient Mayan cities - home to 100,000 people at the height of its power, and the site of the most impressive ruins from the remnants of that once great civilisation.
Of course I had to go there myself to see what all the fuss is about. Despite the early start (4 a.m.), I managed to gather enough enthusiasm to traipse through the jungle at dawn, before emerging at the Gran Plaza to be confronted by two huge pyramids towering above me and the jungle canopy. I hadn't even had breakfast!
I perched myself on another less significant (but still impressive) ruin to snack on a few crackers and take in the view. The miserable breakfast was more than compensated by the feast on offer for my eyes. (Although that didn't stop my stomach complaining later on.)
Exotic birds tried to outdo each other with increasingly strange and wonderful calls, songs and noises, while in the distance, howler monkeys could be heard screeching their presence to the world. The roars were incredible. Judging from the noise, they could have been voicing their displeasure with the Irish health system. Apparently, tree frogs were also supposed to add to the cacophony of noise, but to be perfectly honest, I'd no idea what the hell I was listening to. 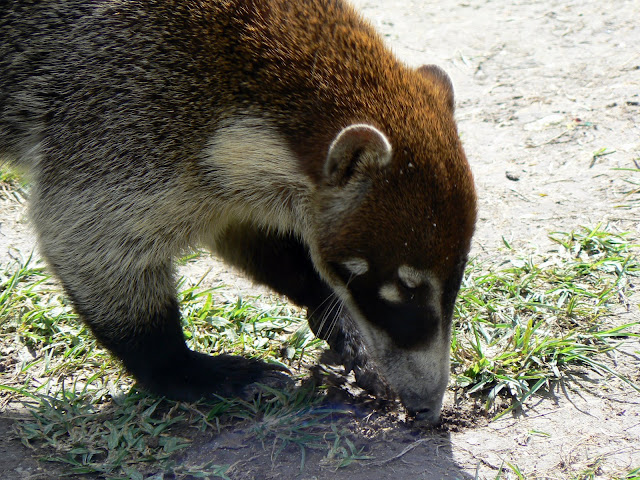 It was madder than a large bag of small monkeys.
I wandered on to look at the rest of the attractions, and soon spotted some of those responsible for the racket - monkeys jumped from branch to branch high in the tress above me; toucans, parrots and other fantastically-coloured birds squawked and squabbled around me; raccoons rummaged around for something to eat; while hawks and vultures scoured the air high above for the same - all these damn animals only ever think of their bellies. 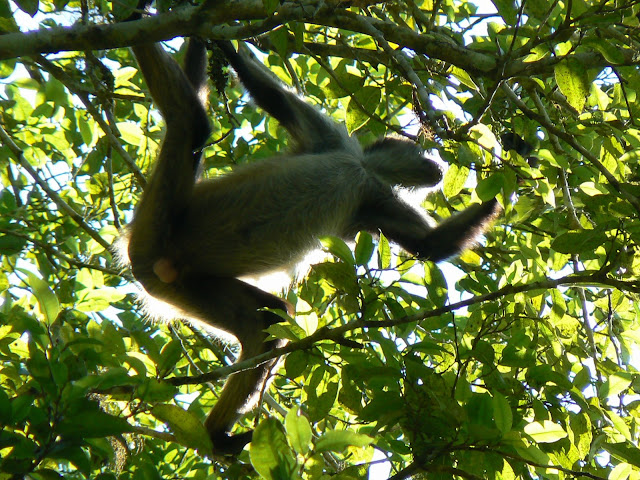 Earlier that morning I had planned on cutting through the jungle to get to the sacred site without paying. The entrance fee was a scaldy 150 Quetzales (€15). However, a guy with a rifle or machine gun or something informed me I'd need to buy a ticket. I didn't argue.
I wouldn't mind the fee if they actually did something with it. Funnily enough however, these ruins were in ruins. They'd been lying neglected in the jungle for hundreds of years before anyone even knew of their existence, but now that people are showing an interest, they decide to screw them for as much as possible.
For €15 they should at least have organised a few blood-letting rituals like they used to have in the good ol' days. But no. Not one sacrifice. Not even a miserable oul' chicken. Such is the way of "progress". 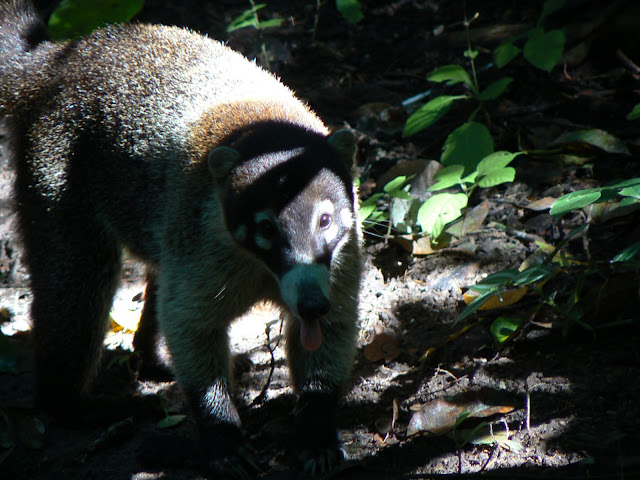