Not a sandwich in sight... 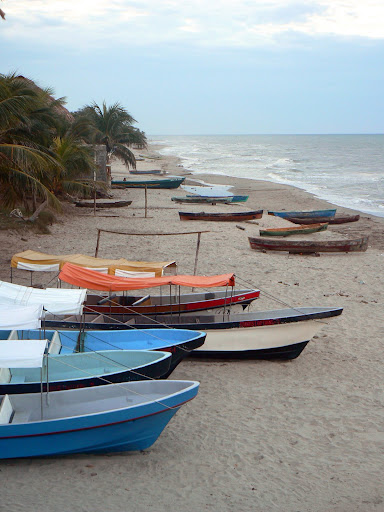 Sambo Creek and the village doesn't even have bread! Never mind sandwiches. Jaysus, talk about misleading people...
We had to walk to the next village along the coast, Corozal, 6 km away just to get some bread! Still, I wasn't complaining. The walk took in some of the prettiest beaches I've seen, the Caribbean on one side, with gigantic jagged mountains rising sharply as a backdrop behind. All of them canopied by a blanket of lush green trees, home to Jaysus-knows-what type of animals, and Jaysus-knows-how many of them. Clouds clung to the top of the mountains, shrouding the tips give them an eerie sense of mystery.
Closer to the beach then, and we were flanked on one side by palm trees. One after the other. More palms than the bible.

There was some sort of fair on in Corozal, with horsemen thundering their steeds at tremendous speed and then attempting to dart a target through a hoop hanging from a rope as they passed underneath. Gangs of dogs roved around in the meantime, oblivious to the impressive horsemanship on show, but enjoying themselves nonetheless. 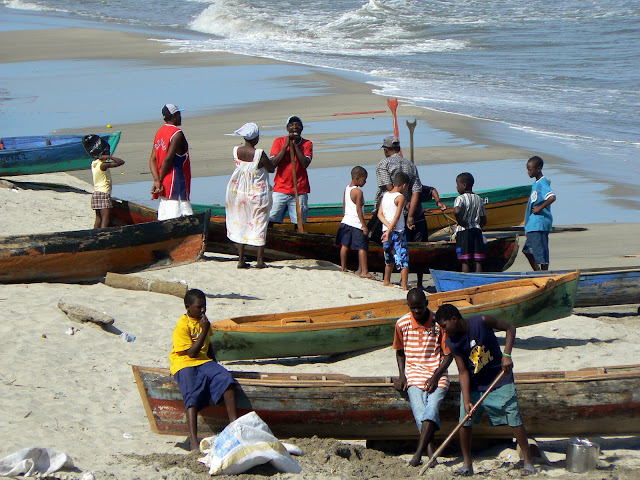 In Sambo Creek itself I was given a taste of how Phil Lynott must have felt growing up in Dublin - I was the whitest guy in the village, if not the only white guy in the village. Little black kids would stare in open-mouthed amazement as we walked by.
The poverty here is tangible though. Most of the houses were just run-down huts. A glance in one revealed a kitchen from what I imagine it must have been like in Ireland during the famine. No, I'm not showing my age here.
While most people were very friendly and would say hello, others would simply look directly at you with unkind eyes. Some kids just blatantly asked for money. Your man in the place we were staying told us "be careful" as were leaving for a walk, something were planning to do anyway, although now we had an extra dose of apprehension for good measure.
We also discovered what appeared to be an old haunted house at the beach on the way home that night. 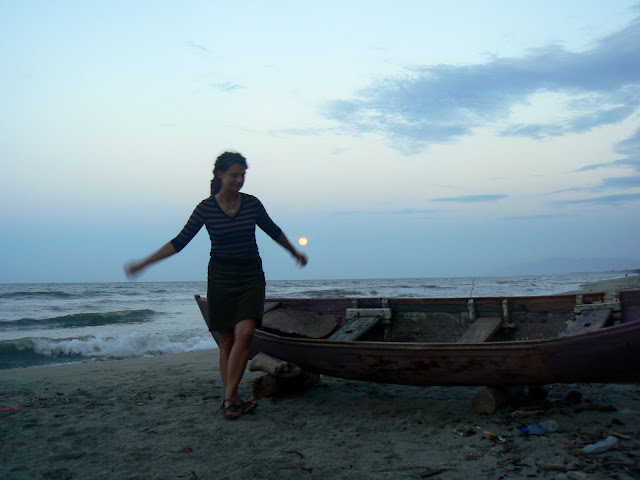 All dark, abandoned, with just one light on. Jungle behind and me in front. Jenny had refused to investigate and remained closer to the water. It was freaky because the house appeared to make noises at me as I approached - only when I moved did it make noise, getting loader the closer I got. I didn't hang around too long, but still it gave me goose bumps. Jenny got a bit scared then when I told her about the experience.
"Its okay - it can't follow us," I assured her.
Further down the beach I heard the noise again.
"Do you hear that?" I asked.
Shit. The damn house was following us. It had heard me saying it couldn't follow us and decided to accept the challenge.
Then I discovered the noise wasn't coming from the direction of the house. It was just a lizard or crocodile or something. Probably a cousin of the original one at the "haunted house" who was likely getting freaked out as I approached. 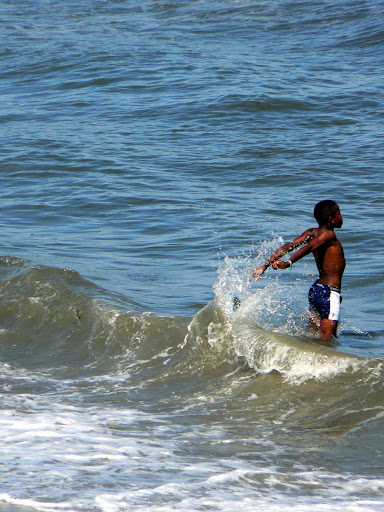 We still haven't made it to the tropical islands across the bay. The sea was even choppier getting from Utila to the mainland than the last non-pork experience, and the boats they use to get to Cayos Cochinos look a little fragile to say the least.
Coming back from Utila was a regular pukefest. There were people getting sick everywhere, and staff were handing out plastic bags at a rate which almost hit pre-levy levels.

We haven't given up hope of getting to the islands however. We're leaving Sambo Creek today, heading back to La Ceiba. From there we'll either get a bigger boat to what, I presume, are pristine tropical islands, or we'll say "feck it" and head straight for the jungle-clad slopes of Pico Bonito. Jaguars, armadillos, manatees, agouti and huge waterfalls await us there.
Labels: Carribean Dogs fear Honduras poverty