The New Year's celebrations went off without any injuries, shootings or fatalities - whether that's good or not I don't know. I was kinda expecting the local rancheros to shoot their guns in the air, and smash the place up a bit, but it wasn't to be.
It was actually much quieter than my expectations said it would be. Sure there were fireworks going off all night, and firecrackers on the street creating an unholy noise, but still I guess I was really looking forward to bullets being shot skyward. 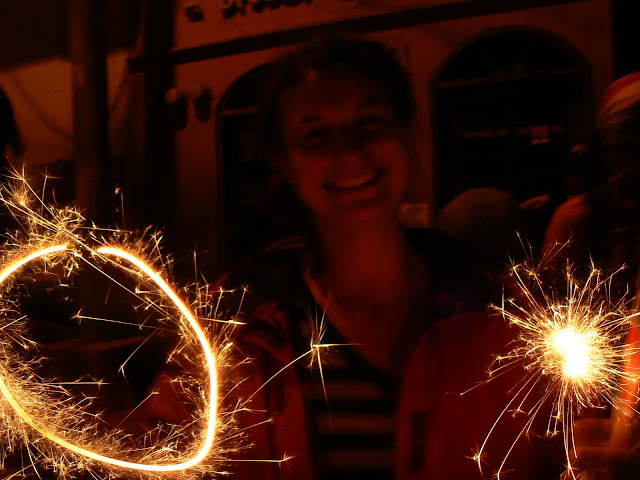 We actually bought a firework and a couple of sparklers. The firework was spectacular but short-lived, much like the Celtic Tiger. Unfortunately it was also almost the cause of a strain in international relations when the Irish party did not stand back the requisite distance deemed necessary for safety standards by the German party who actually lit the fuse. Thankfully the dispute was resolved by diplomatic means before it developed into a full-blown "international incident¨.

2008 was a longer year than most for me. I welcomed it in Berlin, an hour before Ireland, and bid it adieu from Honduras, making it 365 days and seven hours long. It was a damn good year. Terrible highs and wonderful lows. Here's hoping 2009 lives up to the standards set by its predecessor.
Labels: celebrations guns Honduras New Year