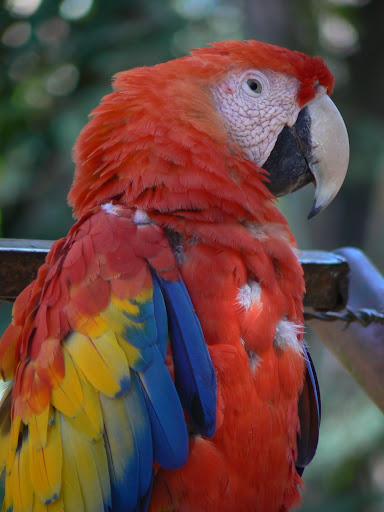 Well, two and a half hours ago my flight left Guatemala. I wasn't on board despite checking in and being at the boarding gate in plenty of time.
The adventure goes on - I'm off to México!

It really was a last minute decision in the end. I just couldn't decide. At 3.30 this morning (10.30 am in Germany) I rang the would-be-employers to see if they were still offering me a job. Your wan wasn't there however. "She'll be back in an hour."
So I went to the airport with Jenny. (Her flight was much earlier.) None of the phones in the airport worked, so I had to leave and find a card-phone on the street. Of course, your wan still wasn´t in. "She rang to say she won't be in today."
It's as if the gods wanted me to go to México.

I still couldn't decide however, not even by the time Jenny's flight left at 8 am.
Eventually I decided a coin was only way to go. Let the Quetzal decide! So I flipped it in the air. Up it flew like it's namesake - the national bird of Guatemala. (Not pictured - that's a parrot).
The Guatemalan coat of arms told me one thing - Stay. Grand, decision made I thought. But still the nagging continued. Despite the Quetzal's advice, I wanted to be sure. I flipped the coin again. The other side came up. Damn. "Best of three," I thought. Again the other side. I flipped the increasingly dizzy coin another three times - each time the other side came up.
It was obviously mocking me - what are the chances of the same side coming up five times in a row?
I asked the Quetzal if it was mocking me - the coat of arms confirmed it was.
It just proves one thing - one should never question a Quetzal. 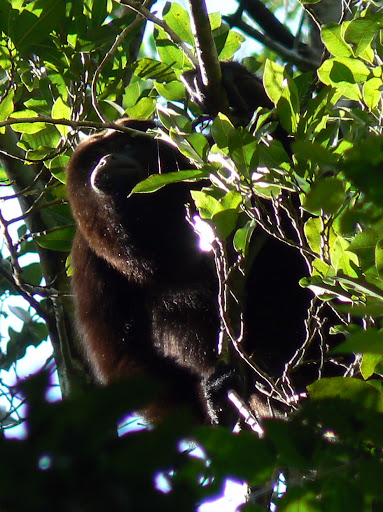 I don't know how many flights I paid for without taking over the last year, but it must be some sort of record. I'll check when I get back to the relative sanity of Berlin. I stole a pen in any case from American Airlines after I checked in, so at least I didn't pay for nothing, (although the damn thing is almost out of ink already). I was also able to bid adieu to Jenny in true movie fashion at her boarding gate.

There was a bit of consternation at airport security when I told them I'd changed my mind, that I was going to get the bus to Mexico instead. Incredulation was followed by hushed hurried consultations and backward glances at the crazy gringo, before I was eventually allowed leave the boarding area.
I had to go through passport control on the way back. More confusion ensued when they asked where I'd come from. "Aqui (here)," probably wasn't an answer they had heard before, but it all got sorted out in the end. Eventually.

So off I go to México. The job will wait. Or not. Arse to them.

With hindsight I can see I made the right decision. There were too many things telling me to stay (besides the Quetzal). I still had postcards to send. (Written but unstamped.) We had also left some food in our box in the hostel: an onion, tomato, honey, two mangos, half a gobfull of rum, possibly some herbs. I hadn't taken a good picture of the chicken buses. The fact I couldn't get in touch with the job despite repeated attempts...

I'm happy now I won't be betraying my journalistic calling. As I make my way northwards, I plan taking notes of what I see and experience en route. Maybe I can convince some esteemed publication to publish a few scribblings.