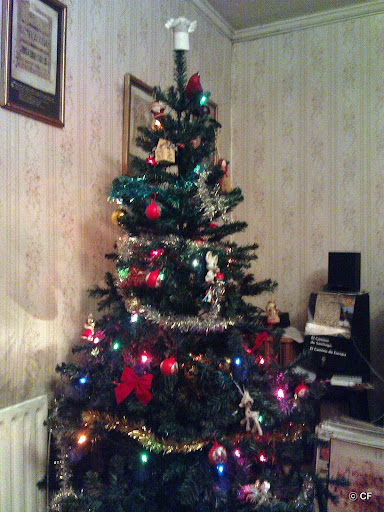 Well, the tree is finally up. About time - it's Christmas Eve, but everything is always left to the last minute with my family...
It's actually up earlier than last year's, which was cut down under cover of darkness in the early hours of Christmas morning, with the assistance of Noddy and Ritchie, and an obliging moon. For the record, it wasn't actually taken from the national park, but from a cluster of trees conveniently nearby. Stray trees.
We still had to keep an eye out for nosy guards, park rangers etc., but speeding off with the prize in the back of Ritchie's van captured for me the spirit of Christmas at the time.
Unfortunately there's no such spirit this year. It's the first time we've ever had a tree-shaped tree, but that's only because it's a plastic one. For the first time. They mightn't have been tree-shaped trees in previous years, but at least they were real trees, or on occasion bushes if you want to be pedantic. In previous years I always vehemently opposed any idea of using a fake tree but this year I don't care anymore.
My dad wasn't happy that the stray tree we brought home last year shed its pines all over the carpet within a few days of being rescued, and there was a concerted campaign to erect the plastic thing which stayed in its box last year.
So I relented and put the damn thing up. I consoled myself with thought that it would be more eco-friendly than killing another tree, but I know the CFCs and toxins produced while making it probably stripped a forest bare in Scandinavia. 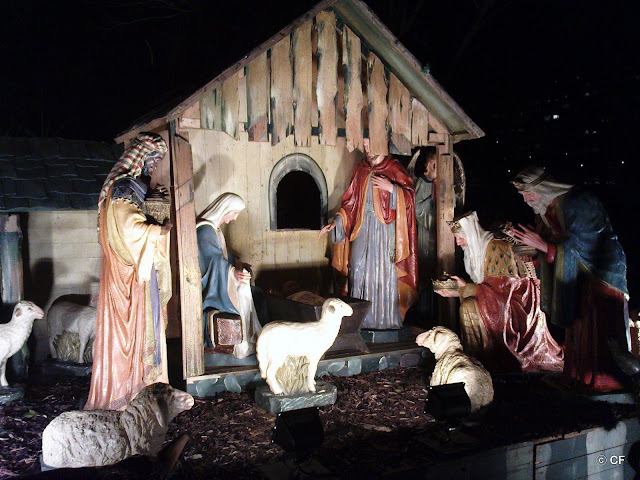 I leave Wexford for Guatemala shortly after Christmas Day draws its last breath. In a little over 24 hours. Not a moment too soon.
Labels: Christmas Christmas tree Guatemala Ireland Noddy